Lahaina is a historic town that has been transformed into one of Maui’s top tourist destinations with dozens of art galleries and a variety of shops and family friendly restaurants. There is a rich history in this small town. Lahaina at one time served as the capital of the Hawaiian Kingdom (1820-1845). In the mid-1800’s, Lahaina was at the center of the global whaling industry, with hundreds of ships anchoring off shore as sailors took their leave. Among it’s famous visitors was one Herman Melville, who immortalized the whaling era in his classic novel Moby Dick.

This historic town has 60 historically preserved sites managed by the Lahaina Restoration which offers a walking tour of the historic sites. A little bit of trivia, Lā hainā translates to "cruel sun" in the Hawaiian language. It will become apparent why if you take this tour mid-day so consider yourself warned and make sure you have lots of water and sunscreen on hand.

Lahaina's Front Street has been ranked one of the "Top Ten Greatest Streets" by the American Planning Association Planning Association. Each year on Halloween, thousands flood the Front Street in their most creative costumes in a celebration so infamous it is dubbed 'The Mardi Gras of the Pacific'. Lahaina also features the largest banyan tree in the United States (measuring over half an acre) planted by Willian Owen Smith on April 24, 1873, to commemorate the 50th anniversary of the arrival of Christian missionaries. This same square is also the site of the reconstructed ruins of Lahaina Fort, originally built in 1832 by the Royal Governor of Maui to protect the town from rowdy sailors when Lahaina was a whaling port.

Look up towards the West Maui Mountains and you will see a giant 30-foot letter “L” at about the 2000-foot level of  the West Maui Mountains. This landmark was created and is maintained by the students of Lahainaluna High School - The oldest public high school west of the Mississippi that is still in operation and is a symbol of local pride.

No visit to Maui would be complete without a visit to Lahaina. And if you get hungry, I recommend stopping at Cool Cat Cafe for the best burgers on the island or for a romantic dinner for two, nothing beasts the sunset at Mala Ocean Tavern where you can watch turtles swimming about as the waves lap at the open air lanai.

Where else can you have nearly brand-new spacious living, within comfortable walking distance to sandy beaches, reef protected gentle waters, nearby surf, seals, whales, ...

Relax, unwind and enjoy your much deserved front row seats and OCEAN VIEWS at the Papakea Resort. E201 is a HIGHLY COVETED, CORNER UNIT. The unit was recently upgraded...

Very unique "L" shaped lot with lots of privacy from the street. Beautiful ocean, sunset, Lanai, and Molokai views. Located within the gates of Pineapple Hill at Kapalu...

Well maintained 1 bedroom with fresh paint and new Hawaiian Koa vinyl plank flooring in the living room and bedroom. Washer and dryer in unit. The condo comes to you furn...

This is a rare opportunity to own this spectacular direct oceanfront end corner unit on the 4th floor at Valley Isle Resort. This unit has magnificent views of the Pacifi...

Welcome to your private, large, 2 story West Maui home on 2.3 acres. This spacious home with 7 bedrooms and 6 bathrooms was carefully thought out with a covered outdoor ...

This 6th floor, Penthouse 3 Bedroom, 3 1/2 Bath residence situated in the center of the property has breathtaking views of both Lanai and Molokai. Residence 3606 is unequ... 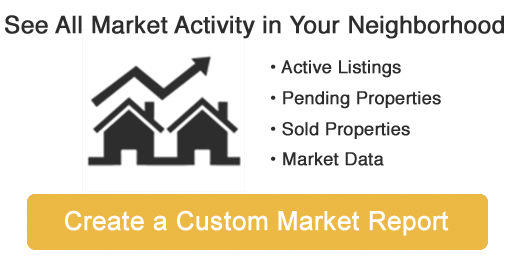